It captures with the switch from American English to foreign accents that range from Chechen to Romanian, from French to Spanish.

Though we have thoroughly discussed Callen and languages in the past, it felt time to look into the many facets of that voice that woos the observer and tips the scales for our Los Angeles OSP NCIS Team. Scientists agree that to this day, the human voice cannot be duplicated synthetically; no machine can do what a personality mixed with the bundle of muscles in a larynx can. The human voice is a miracle in itself. And the individuality, color, flavor, and panache a single voice can bring to this life is invaluable. Priceless. A treasure. 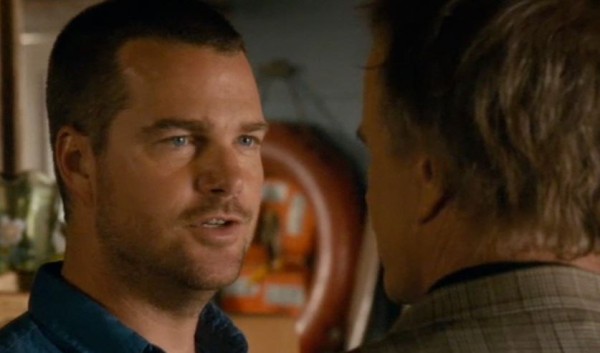 AT EASE:
Callen normally doesn’t comment unless he has a good reason. But, when he does, and he’s at ease, his voice is a very normal-sounding, male, calm, American voice. He doesn’t have a noticeable accent to other Americans, but a major trait of his voice is the steady tone. It’s a voice that doesn’t easily startle the listener, yet builds trust and shows knowledge.
EXAMPLE:
Callen: “The man who can keep a secret may be wise, but he is not half as wise as the man who has no secrets to keep.” (4×09)

COCKY:
Deflection is an art form, and Callen has it down to an exact science. When needed, he can use his cocky voice to transform into the ultimate “Distractionist.”  Sometimes he uses his cocky side to corner the bad guys, and sometimes he puts FBI agents in their places. Other times, he’s just being what we call a brat. One of the most intriguing effects of this humorous deflection system of Callen’s, is that he ends up sounding much younger than his actual age when utilizing this.
EXAMPLE:
Hetty: “When I’m gone, I’m gone. No ceremony, no memorials, and absolutely no bringing of flowers to my grave.”
Callen: “Don’t worry. There will be none of that.”
Hetty: “Good.”
Callen: “From what I hear, Granger is going to have you stuffed in a life-like pose for his office.”
Hetty: “Don’t be cheeky.” (4×02)

SURPRISE: There’s a breathy version of voice that Callen uses when he is caught by surprise. One of the first good examples of this rare G Callen vocal exercise was when he met Michael, Kristen Donnelly’s son, and wondered if he was dad. Rare, simply because Callen isn’t usually surprised.
EXAMPLE:
Eric: “Well, this is weird. According to the military database, there’s no Tracy Keller listed as next of kin.”
Callen: “That’s because the name’s an alias.”
Kensi: “An alias for who?”
Callen: “My ex-wife.” (2×06)

LAUGHING: Callen has plenty of amused moments. How can he not, between his unique ex-Navy SEAL partner and the proper circus that is LAPD Detective Deeks? When there is a laugh on the horizon for Callen, his voice transforms into something that invites one to join in the humor with him. His true chuckles are a delight, and his fake laughs are laughter-eliciting, themselves. I daresay, we like this one.
EXAMPLE:
Lily: “You with SF?”
Sam: “I was with the teams.”
Lily: “So, you’re a SEAL, huh? Got a workout DVD you want to sell me?”
Callen: [laughs] (5×12) 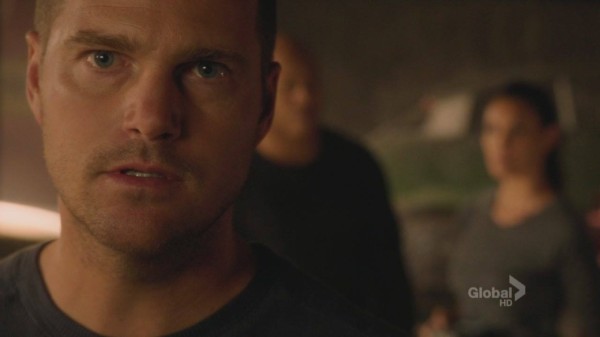 EMOTIONAL: The span of emotional responses we have heard from Callen include a confused voice, a strained voice, and a broken voice, in varying pitches and volume. Some of the instances we’ve heard his emotional voice? Finding that Alina Rostoff had tried to save him, meeting Hannah Lawson, being upset at Kensi after the file Keelson had on him perished in the explosion, realizing he was from Romania, discovering Hetty knew his mother, and seeing the film playback of his father and sister. Hard. Just so hard to hear.
EXAMPLE:
Callen: “I remembered… a woman. My mother. They shot her.” (3×01)

SHOUTING: Besides hearing Callen shout “Federal Agent!” at the bad guys, there are not many situations where we find Callen yelling. If he gets angry enough, he can and will raise his voice. The “shouting match” with Hetty was one that made the earth shake. And, remember the time he raised his voice to challenge Director Vance and, later, Assistant Director Granger? Yes. Let him shout at the bad guys and anyone who deserves it. Just don’t aim it in this direction. His voice can put fear in the heart at this level.
EXAMPLE:
Callen: “He killed our people- OUR PEOPLE!” (3×24… Like the trauma of 3×23 and 3×24? Hear Callen yell it here.)

SINGING: If only, if only. There are only tales of how great a singer Callen is. Long ago, when the team went out for karaoke, Callen beat them at their little competition. The karaoke bar audience allowed to vote was apparently blown away by his nose-holding charm, as well, but who’s counting? The talent is certainly there, it just hasn’t been shared with the adoring fans. If you are wanting to see Callen sing, mention it in the comments.
EXAMPLE (Best We Got, Anyway):
Sam: “I can’t give you anything but love…”
Callen: “Baby!” (4×11)

For your enjoyment, here are some parting clips of love where you can drink in some Callen vocals.

The slight hint of awkward:

Thanks to those that contributed freely and with Callen-precision to this post: Vicki, ChrisDaisy, Serena, Richtsje, and Mary. Shout-outs to YouTuber neighbours99 and the official NCIS Los Angeles channel. 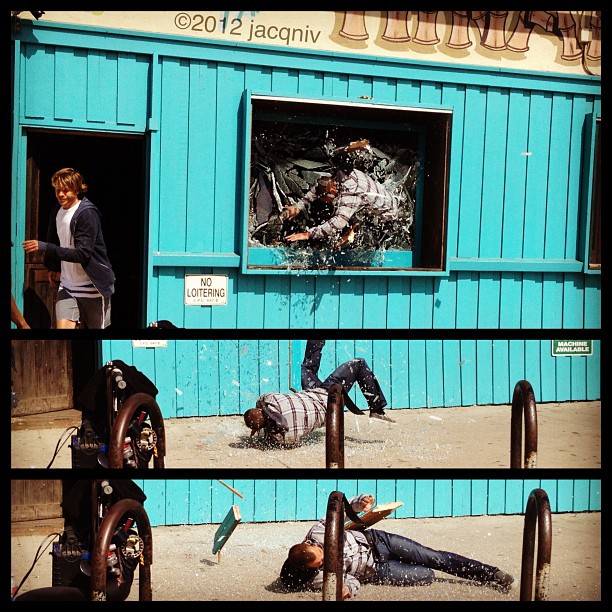 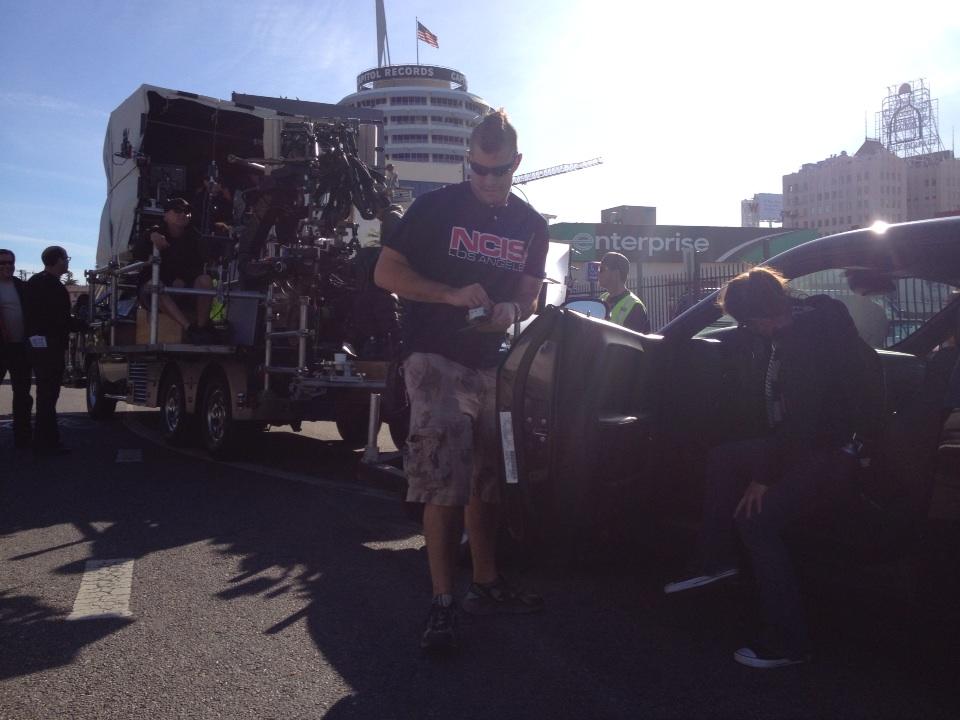 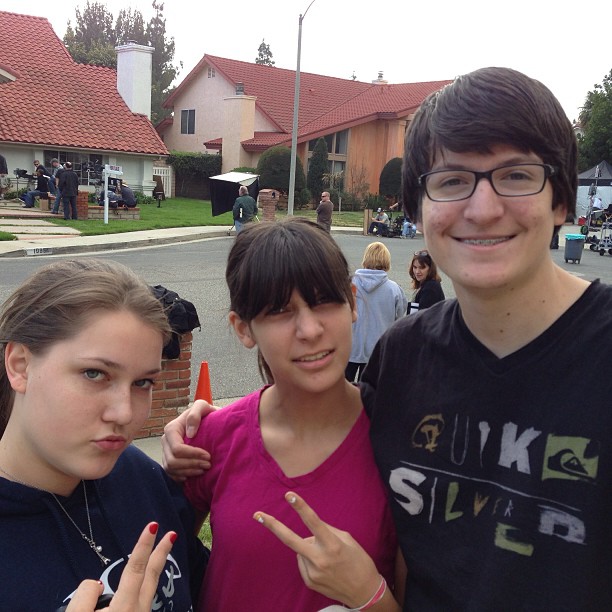 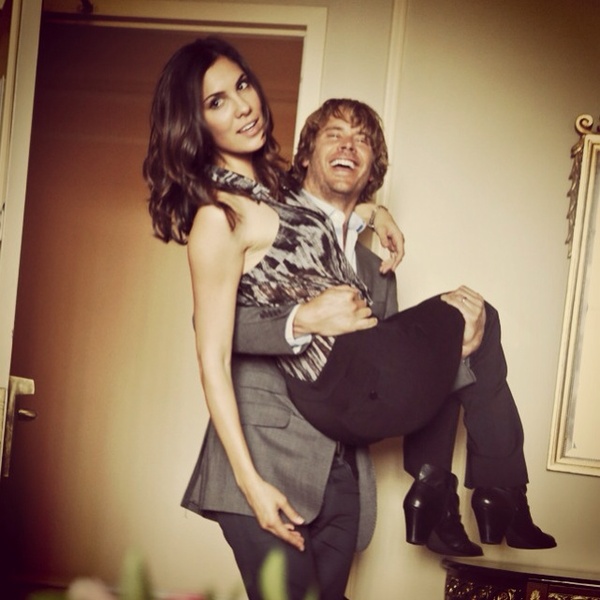 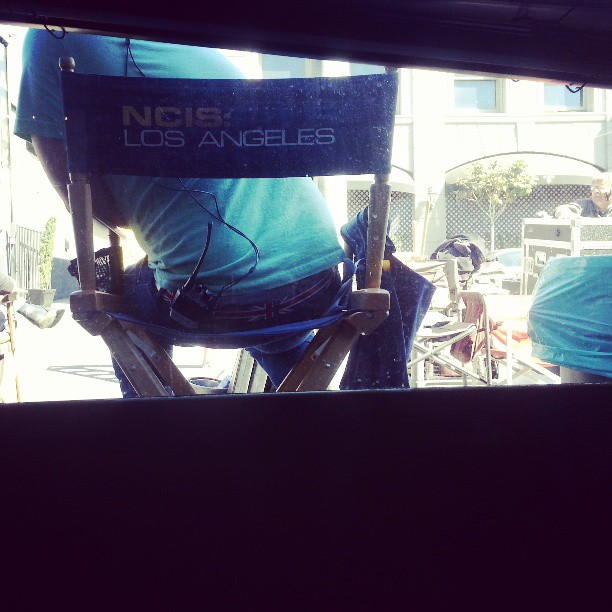 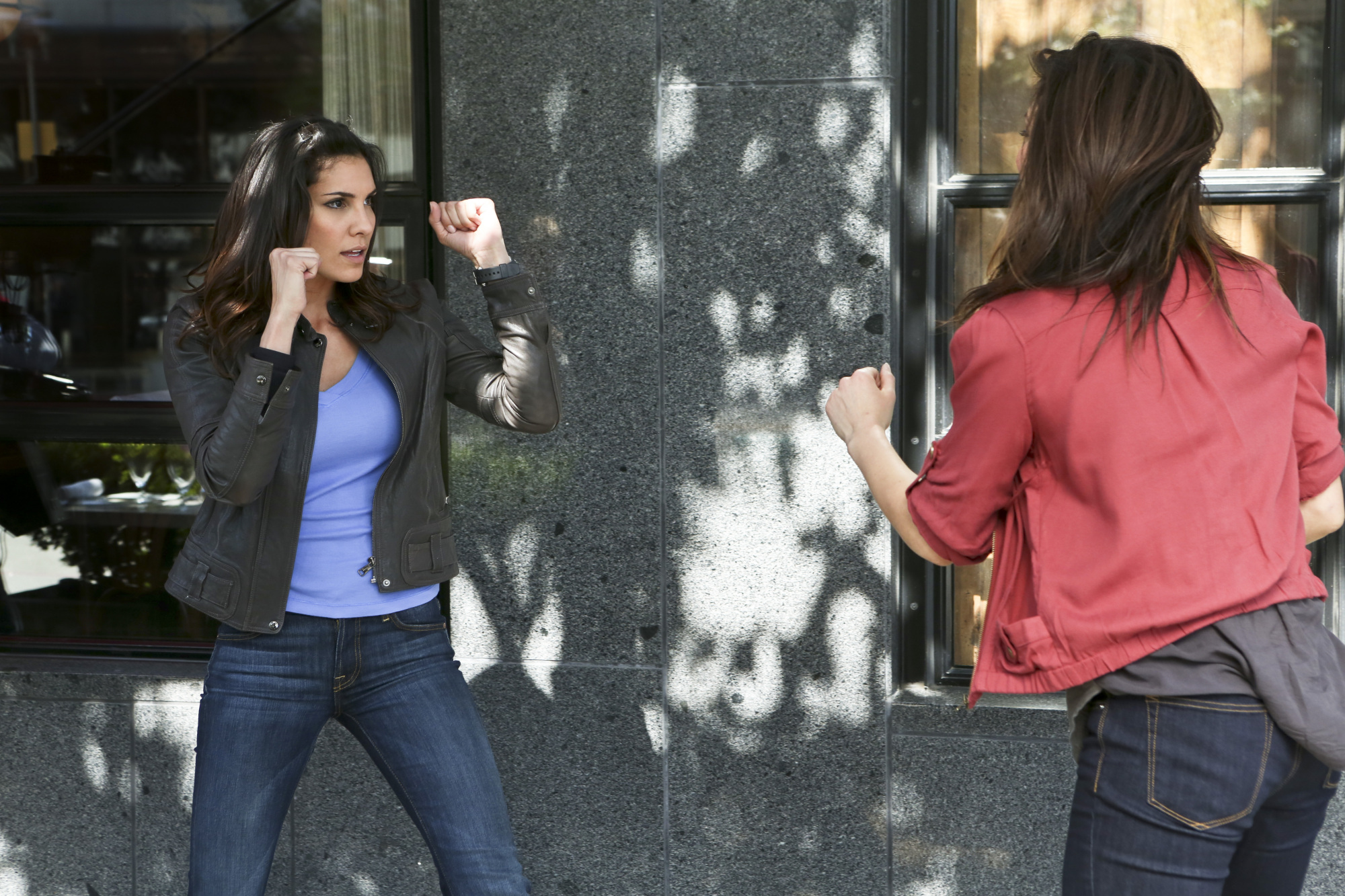 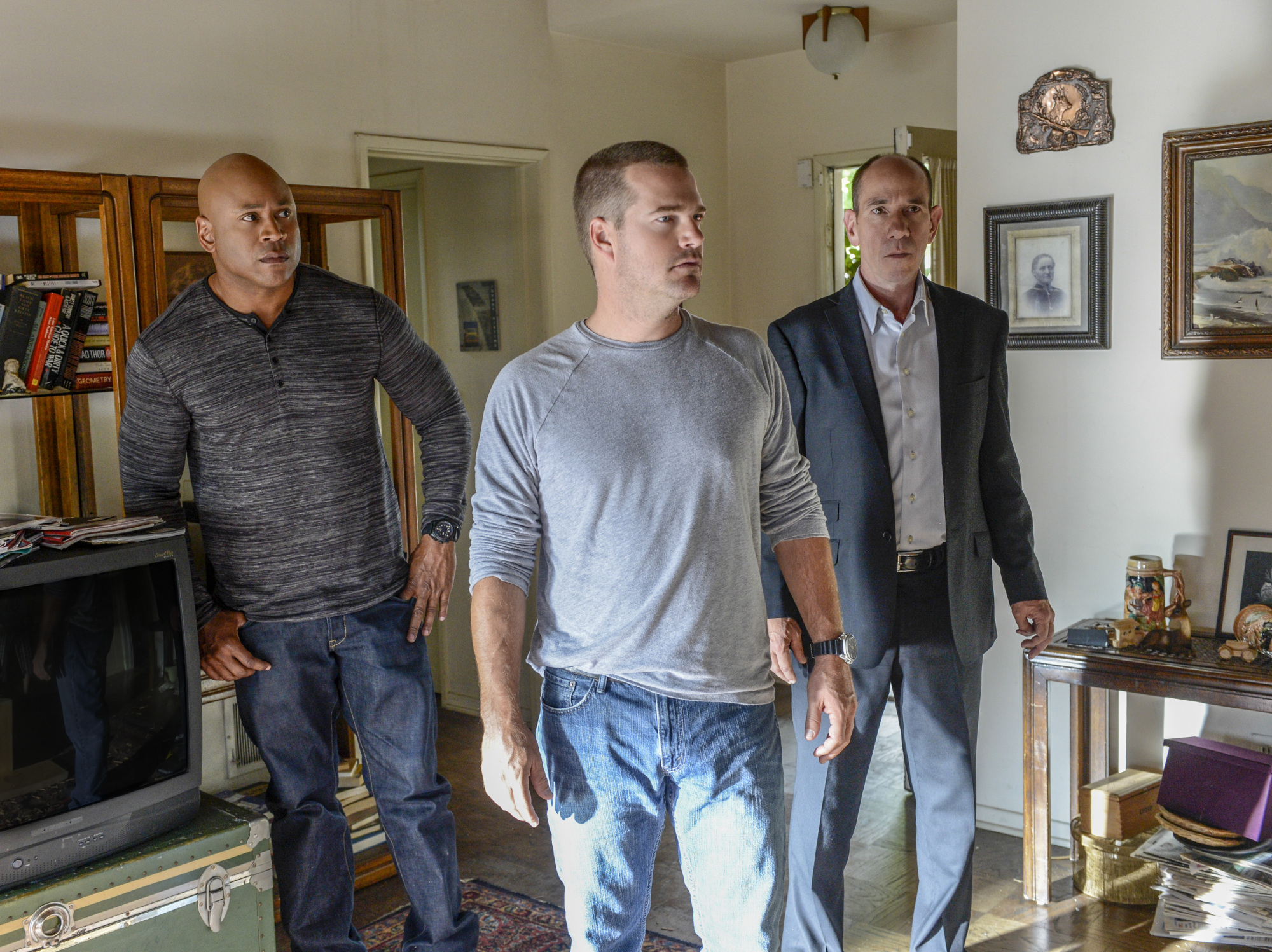 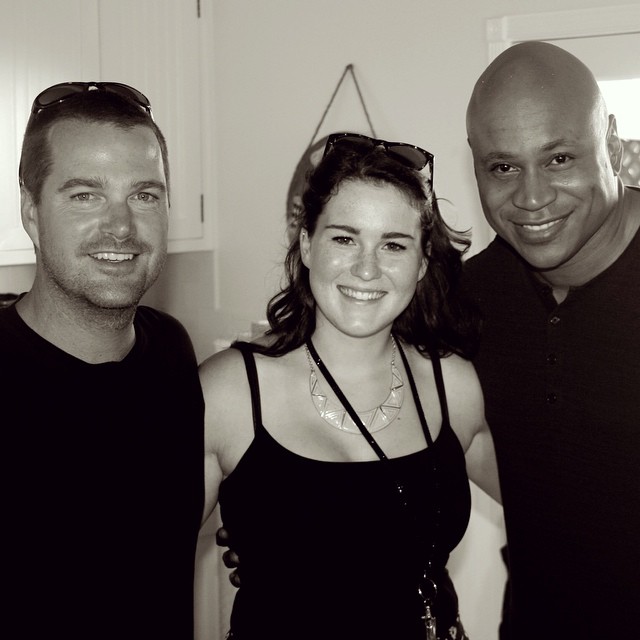