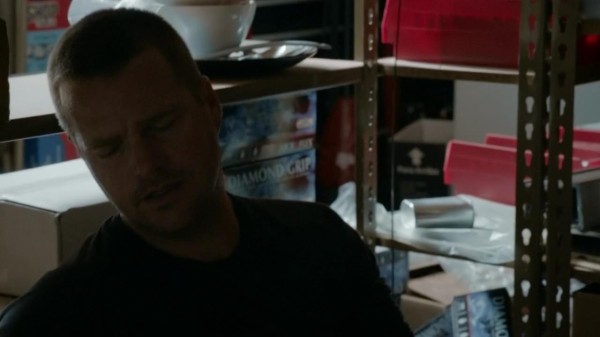 Pure and Simple by Bee.Eh.Vee

Disclaimer: Standard, I don’t own the show or any of their characters.
A/N: Written for the NCISLAMagazine Callen’s Corner Challenge.

Hetty appeared into the bullpen and sighed behind a stern face when she spotted her team leader propped up on the couch by several pillows. His presence also explained the very peeved Sam who was presently stomping around the workout rooms. When the news reached her that Callen had been found, but had been required to give himself the antidote for cyanide she had forced him to carry, she made a bet with herself how Callen would proceed.

She owed herself fifty bucks.

“I see you have once again denied the proper medical procedures prescribed by the paramedics I specifically sent, Mr. Callen.”

Callen leaned to the left, stretching out his tired and sore sides; he wouldn’t admit it out loud, but the poisoning and subsequent antidote had taken more out of him than he thought it should have. “There’s work to be done and we don’t have a lot of time.”

“Hmm.” Hetty pursed her lips. “At least follow me and answer a few questions before you spring back into action to capture these people…that bested you.”

Callen squinted at his boss, “My pride has nothing to do with this.”

Hetty said nothing and curled around her desk. She filled a glass of water and handed it to him.

“Uh, I’m not a huge fan of water right now.” Callen winced at the sight of the clear liquid swirling in the cup.

Callen was about to mention that he was still working, but thought better of it. If Hetty was going to willing offer a drink from her unparalleled collection, who was he to complain? He took the filled glass that appeared in her hand and downed it in a gulp. Not the best way to savour it, but he was thirsty. The warmth spread through him and he felt a bit better.

“I ask that you take a few moments to sit down on the couch before jumping back into the case.” Hetty said as she took the cup back.

It sounded like a reasonable request. He felt like it was something he could get behind. Callen stood, stretched, and then moseyed back to the couch. He sat, rested his head against the back, and closed his eyes, just for a moment.

Kensi, with her fists propped on her hips, Deeks, who was scratching his head, and Sam, cross-armed and stoic, stared at their quietly snoring team leader.

A shove from Kensi got Deeks’ attention. “Stop scratching, people’ll think you have fleas.” She hissed at him.

He pushed his hands into his pockets. “Monty is a very clean dog; and do I have to mention my award…” He trailed off after a pointed glare from Sam.

Hetty slid beside Sam, who controlled the slight jump her appearances always caused.

“Bugger.” Hetty clasped her hands in front of her and shook her head. All three heads turned towards her as she added “it seems I gave Mr. Callen his brandy in a glass that had previously held sedatives. It would be best if we let him sleep it off while we go see what Eric and Nell have thus far.” She turned and made her way towards the stairs.

Sam squinted at his partner one last time and then followed Hetty. Deeks stepped a little closer and started to reach towards Callen. Kensi smacked his hand and glared at him. She pulled on his elbow to turn him towards the stairs.

“Don’t poke him!” She poked him, hard, to emphasize her point.

Deeks opened his mouth to argue that he was just trying to see if Callen was in fact asleep and that she just did what she said not to. However, he recognized the futility of it, so he stayed quiet.

Somehow they all made their way to OPS and found themselves leaning against the table waiting for Eric and Nell. Who happened to be up to some shenanigans of their own.

“Minute’s up, how many?” Eric whispered. Unfortunately in the quiet room he could still be heard over the hum of the computers.

“Uh, here.” Nell tapped on her tablet. “According to our baseline, he is, in fact, asleep.”

“That’s not creepy at all.” Deeks said as the three of them took in the tightly zoomed camera angle of Callen’s rising and falling chest and the calculations scattered on the board.

Both techs jumped and turned towards the room. “We…uh…” Eric began to hop nervously from foot to foot while he tried to form some sort of an explanation.

“We were testing out some new surveillance software.” Nell smiled.

“Liar.” Sam grinned at Nell. “What useful intel do you have for us?”

Relieved to be off the hook for now, Eric cleared the screen and laid out their results. “When Kensi and Deeks found the safe house, we started looking for access points to the city’s water supply. We’ve narrowed down the options, but we’ll need more than that to find them.”

Nell carried on with the briefing. “We’ll be monitoring the water sensors and the streets for any vans registered to the company. When they surface, we’ll know.”

Kensi furrowed her brow, “What can we do until then?”

Hetty stepped in, “Pure and simple: prepare and be ready.”

It turns out that law enforcement involves a lot of ‘hurry up and wait’. They had hurried to identify the ‘who’, ‘what’, and ‘when’, but the ‘where’ was keeping them waiting.

The each dealt with the free time differently. Sam used it efficiently to fill in forms and check in on some open cases. Kensi spent it digging through the papers on her desk looking for the magic one that would complete her taxes. Deeks pecked away at his computer until no one was paying attention to him and then he wandered off to find some mischief.

Hetty crossed out of the hallway to see Deeks sitting on a chair that was pulled right up to the couch where Callen was sleeping. He had his elbows resting on his knees and his chin propped up on his fists.

“Some may wonder what exactly you are doing.”

Deeks didn’t jump or react the way most did; it was almost as he expected Hetty to sneak up on him at every moment of the day. “I’m just checking his breathing. Y’know, you did drug a guy who had just been poisoned and gave himself an antidote. How did you know that the compounds wouldn’t have adverse interactions that would cause complications?” Deeks rolled his eyes and waved his hand. “Never mind, dumb question.”

Hetty smiled and clasped her hands. “I intentionally sedated one of my agents without his knowledge and your first question is about whether I investigated the side effects? Most would ask why I did it.”

Deeks squinted at his boss. “I assumed it was all part of your diabolical over-arching plan that includes all of us as cogs in a bigger machine.” He crossed his arms and smirked. “That and I figured you wouldn’t tell me anyway, you’d just smile mysteriously and disappear into the mist.”

That caused a bark of laughter and Hetty did smile mysteriously. “It was a calculated risk. I knew it would take some time for Eric and Nell to find the target and that you as a team would have to wait. I thought this would be an opportune time for Mr. Callen to get some rest.”

“What’s he going to do when he finds out why he was sleeping?”

A glint appeared in Hetty’s eyes. “I wasn’t going to tell him.”

Deeks’ face split into a grin. “I have an idea. It’s about time for us to get ready, right?”

“That it is.” Hetty nodded at her detective and then disappeared into the mist. Well, she walked behind a pole that was bathed in sunlight that was bouncing off the dust in the air, but it was pretty much the same thing.

Callen slowly became aware of the sounds around him; the footsteps that crossed the building, the murmur of a multitude of conversations, and someone saying “wakeupwakeupwakeupwakeupwakeup”. He grabbed the arm that was poking his shoulder as his eyes shot open.

“What!” He growled. After a few blinks to clear his vision he found himself staring at Deeks’ wide grin and mischievous eyes.

“We have to go get ready.” There was a front of innocence in Deeks’ face and Callen had the urge to check for some sort of prank.

“Was I sleeping?” Callen asked, rubbing his face and feeling the imprint of the pillow on it.

Deeks furrowed his brow, “One minute you were awake and then the next you weren’t? I don’t know, I’m sure there’s a scientist that could explain the process.”

Callen held up his hands and tried to think. “Just wait, I was talking to Hetty…she offered me some water…”

As they passed Hetty’s desk, Callen could’ve sworn she winked at Deeks, but he shook his head and followed him. Still must be half-asleep. Inside the armory they found that Sam and Kensi had the necessary weapons laid out and with a few short explanations the four of them settled into setting up for their raid. 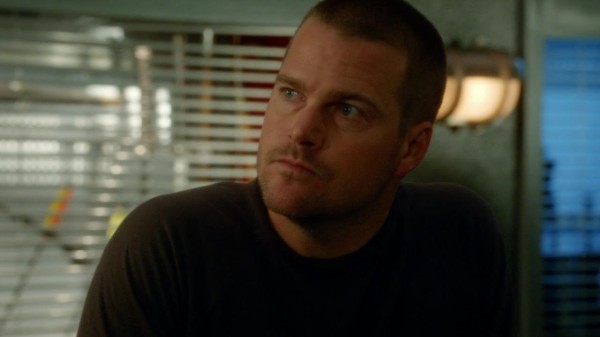 Congratulations to Bee.Eh.Vee for her winner story !!
Don’t forget to review her story over on fanfiction.net…
Bee.Eh.Vee, please send your adress to sindee@ncislamagazine.com so we can send the Magazine Covers to you… 🙂

The other entries (links to other stories on our board) will get a little consolation price as well… Kevi will contact you about it over on fanfic.net.

Thank you all for contributing your time to creating those lovely stories about our favourite show !! 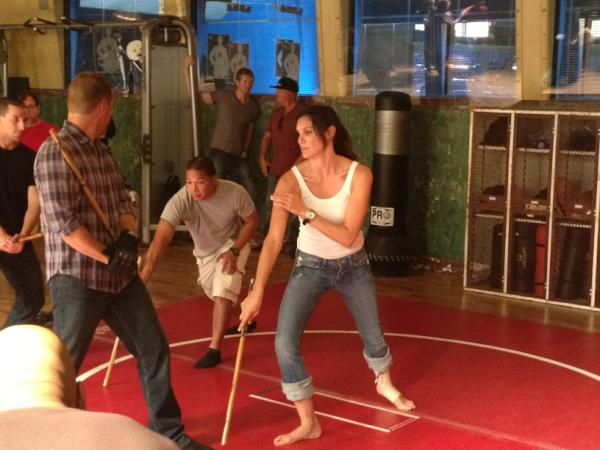 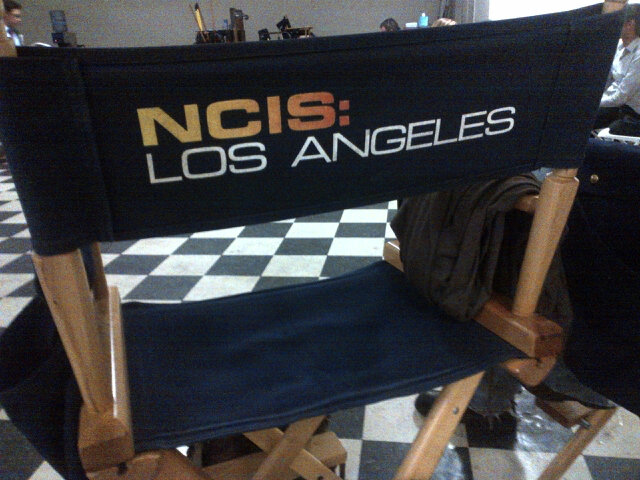 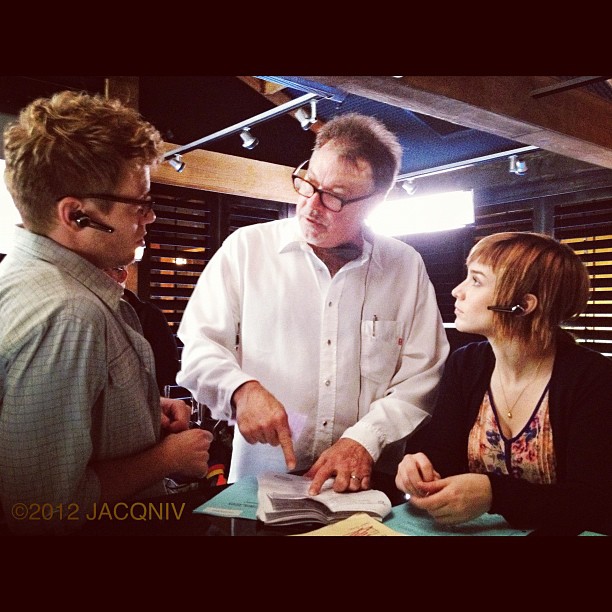 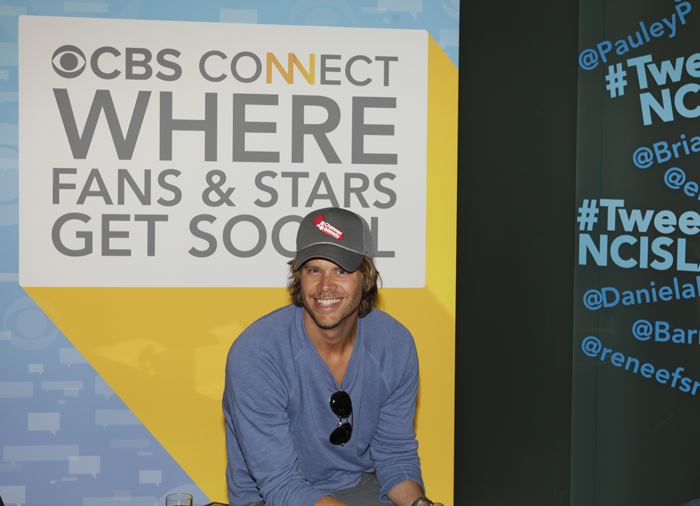 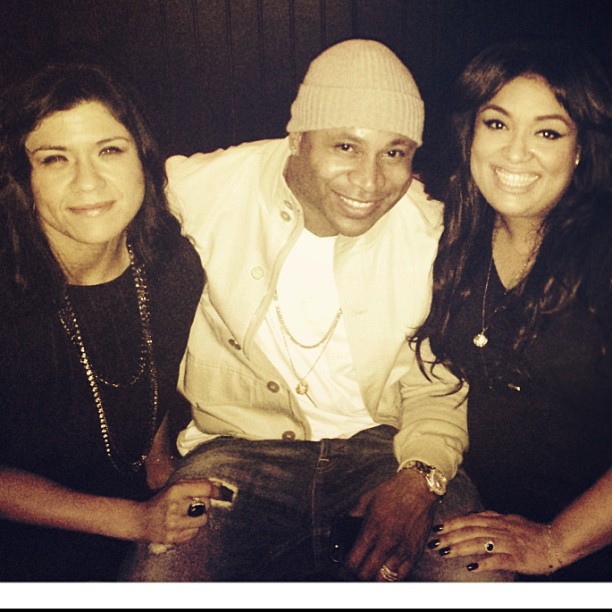 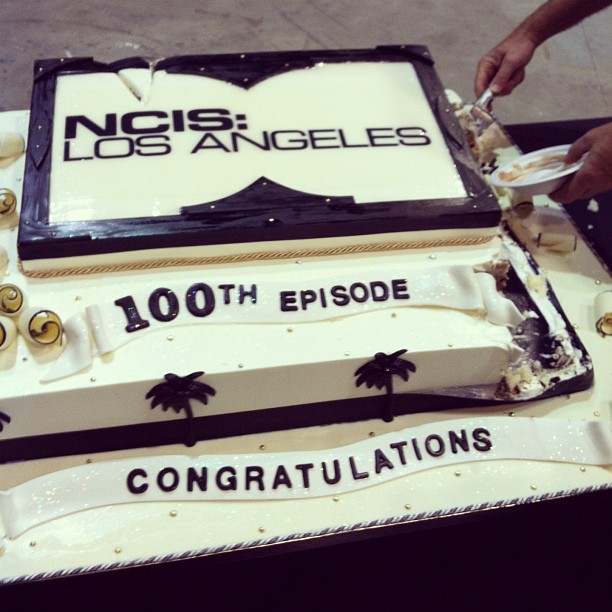 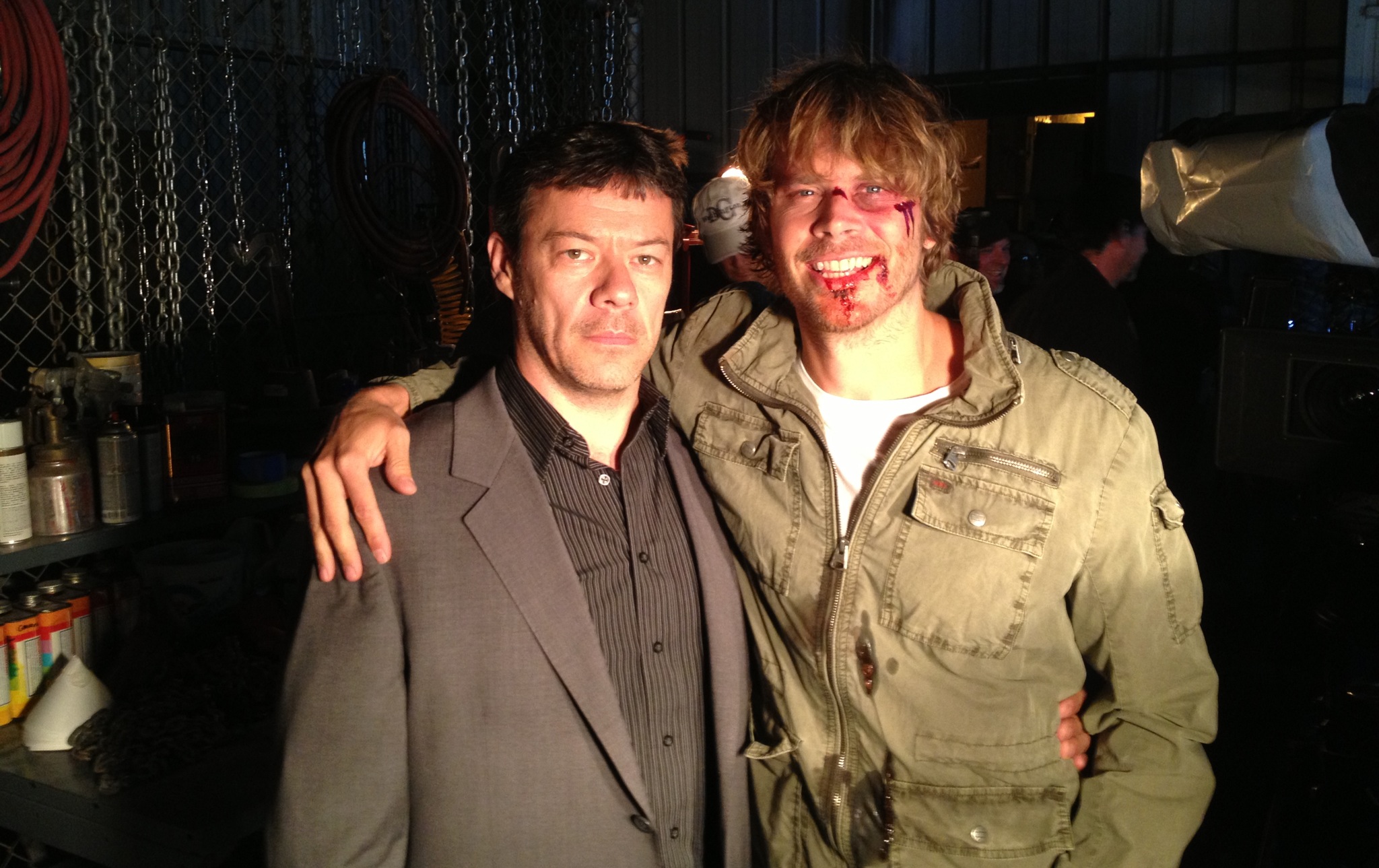 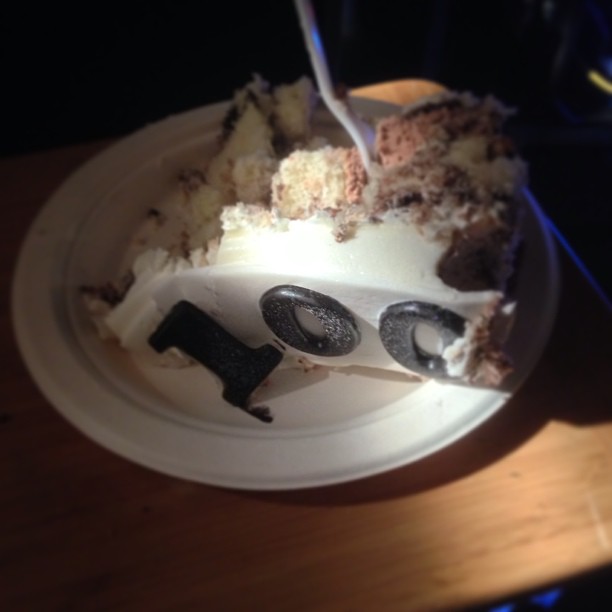 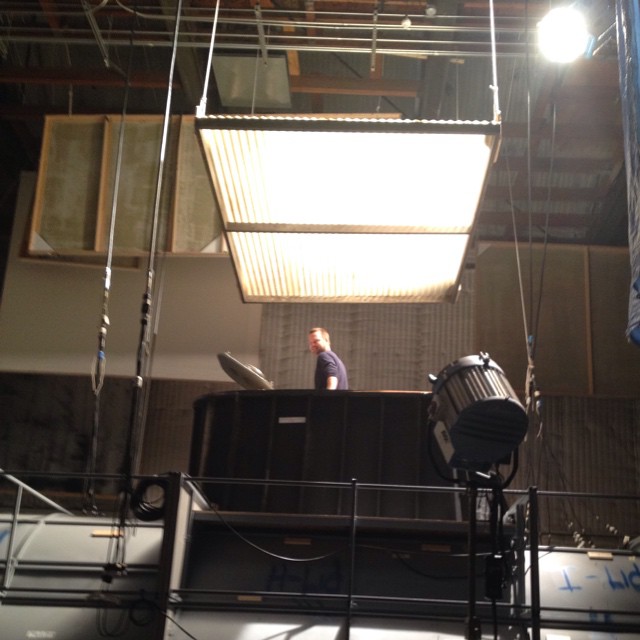