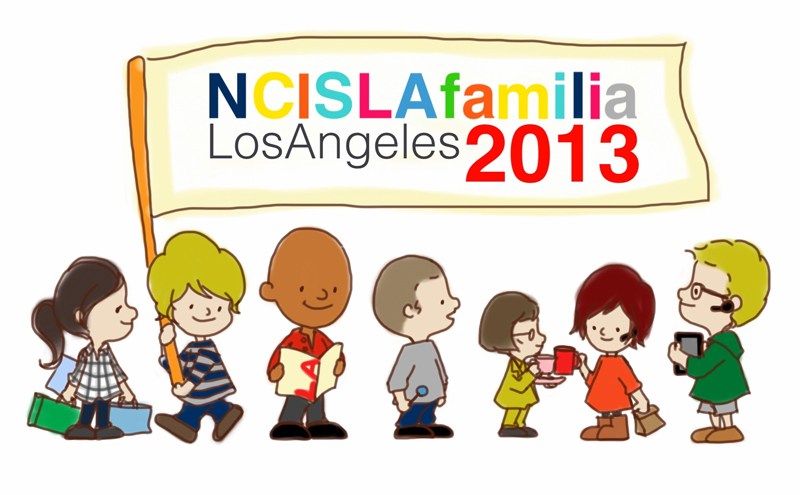 Surprise Guest Panel
As a special treat, John Scott Mills stopped in. He not only had a lot of behind-the-scenes information to share, but he was absolutely entertaining. As a Digital Imaging Technician, he has access to sound and camera feeds from throughout the set. The audience learned that Chris O’Donnell sings constantly while on the set, and that he has a great singing voice. In fact, according to Mills, Chris once “killed” an Elvis song at a karaoke party, a performance worthy of a Los Vegas stage. Mills added that O’Donnell likes to mess with LL right before a scene. Another interesting observation he has made is that, in between takes, Daniella and Eric sit together, and Chirs and LL sit together, just like real partners. The audience also learned that even the people on the show are occasionally star-struck, like when Jonathan Franks is directing. (It was pointed out that Franks also has a wonderful singing voice.)
When asked about pranks among the cast and crew, Mills said that Osama Shofani apparently thinks it’s a good idea to put water in Don Frazee’s chair so that he goes around all day with wet pants. Messing with an expert in special effects can only result in high-tech retaliation. Shofani once found his car chained to a tree when it was time for him to go home. And on another day, while filming on location, someone kept disrupting the takes by honking their horn. It was discovered that it was Shofani making his way to where they were shooting. His car had been rigged so that his horn honked each time he touched his brake. The audience laughed so hard, imagining Mr. Shofani coming through the streets of LA, pulling up behind other cars at stop lights, and honking his horn as he applied his breaks. Before leaving the panel table, Mills mentioned the monthly Magazine calendar, and that he thought the great villains on the show deserved a lot of credit. Everyone assembled that day agreed.

At the conclusion of the panel discussions, more prizes were distributed. Each person received a CBS tote bag, a “Hetty” t-shirt, and a CBS “Watch” magazine. Coming back from the lunch break, some wearing their new “Hetty” shirts, was time for picture-taking. Then the group gathered outside for a “family” photo. There was plenty of laughter while taking what was supposed to be the more “serious” shots. And then the various personalities really shined though in the final photos of everyone giving their best “goofy” poses. Who would have thought that taking pictures could have been this much fun? 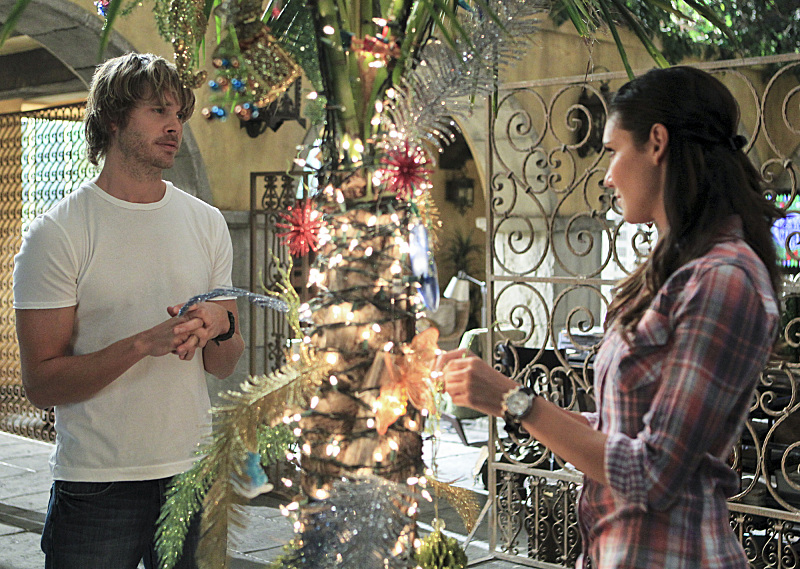 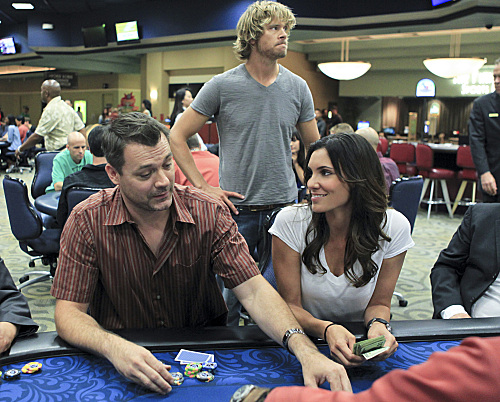 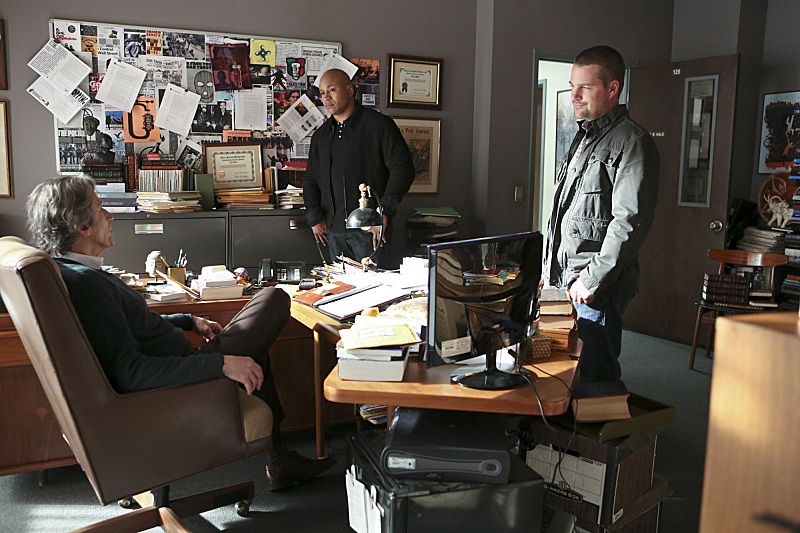 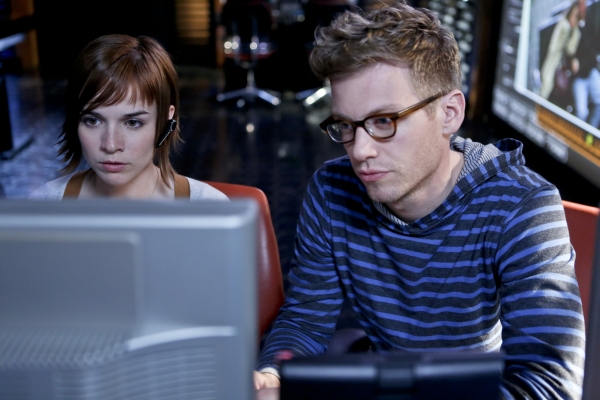 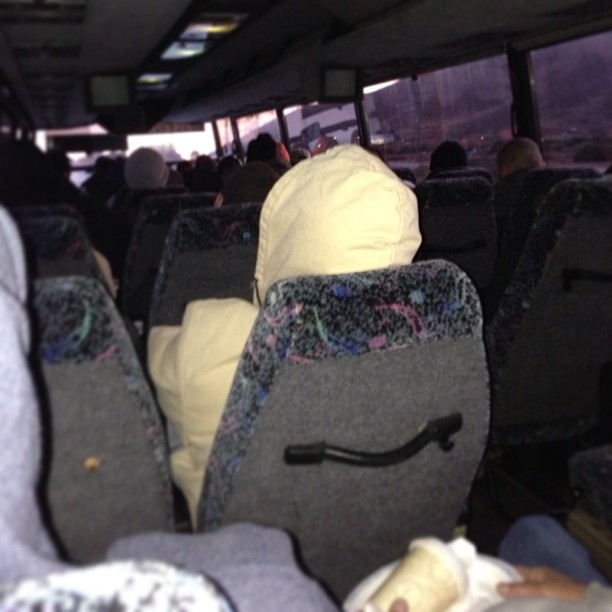 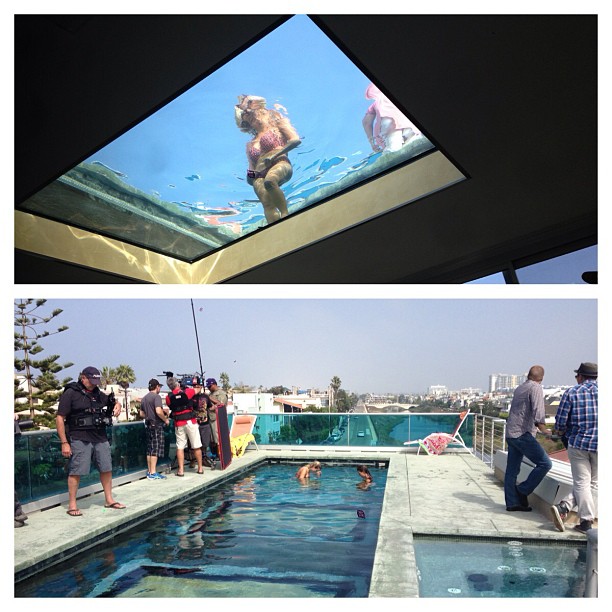 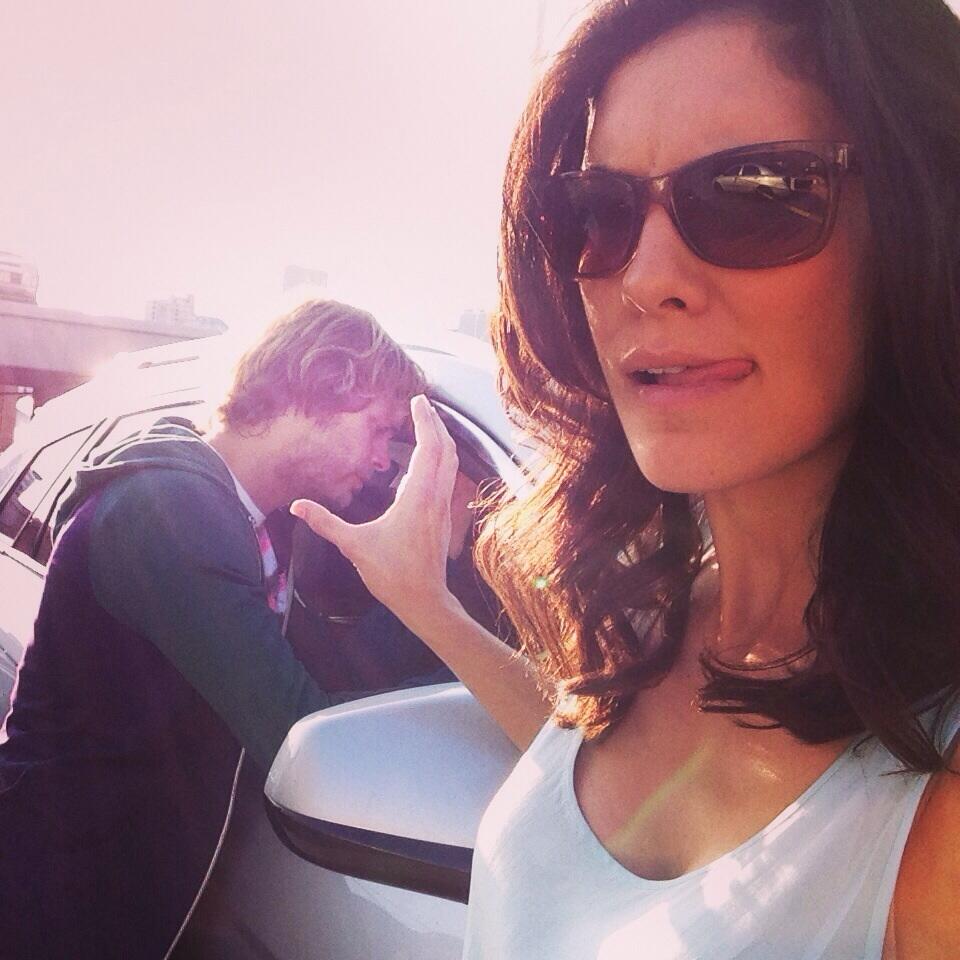 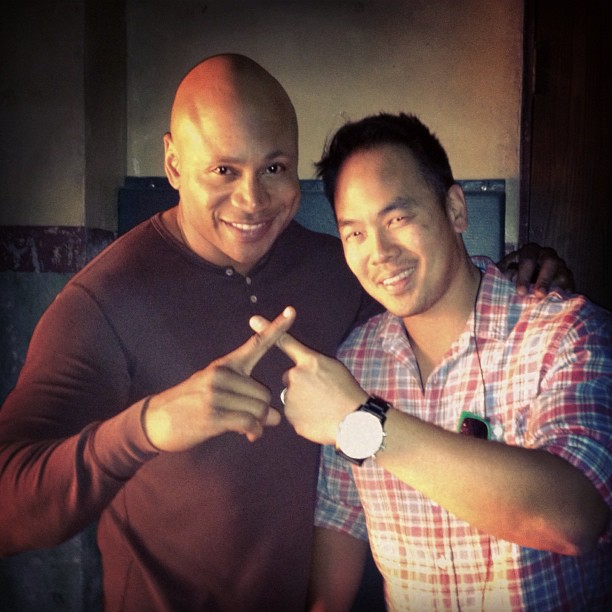 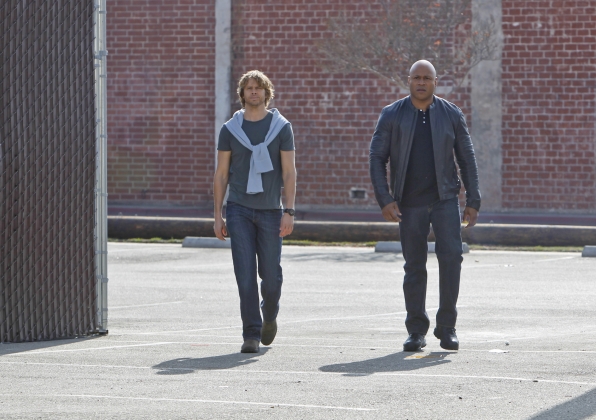 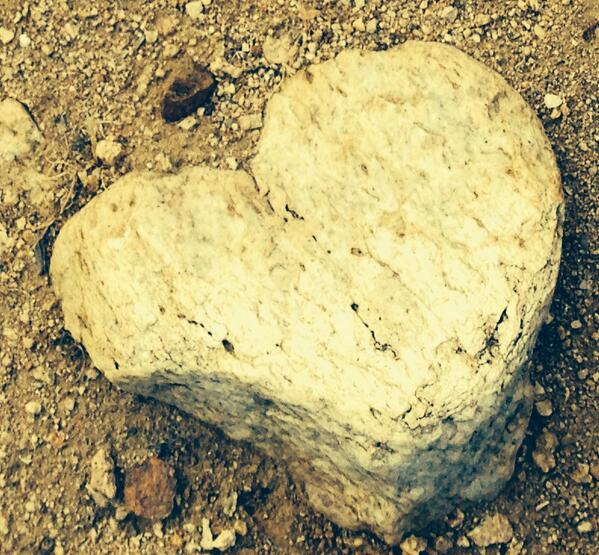 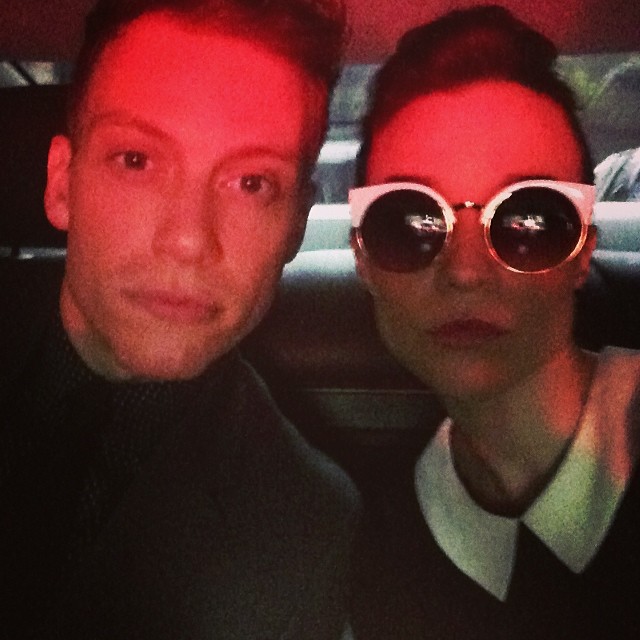 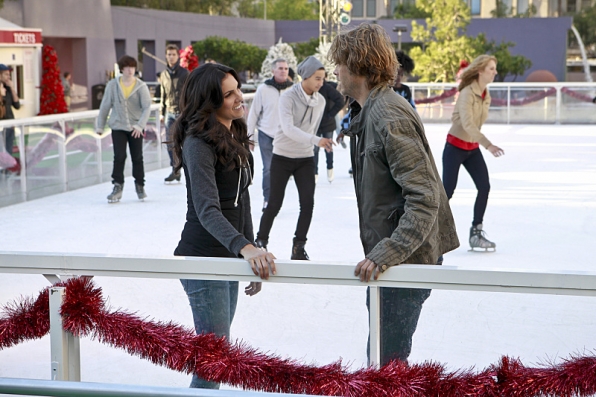