There she blows… #NCISLA new episode tonight at 10/9C #onlyCBS

And everything goes BOOM… 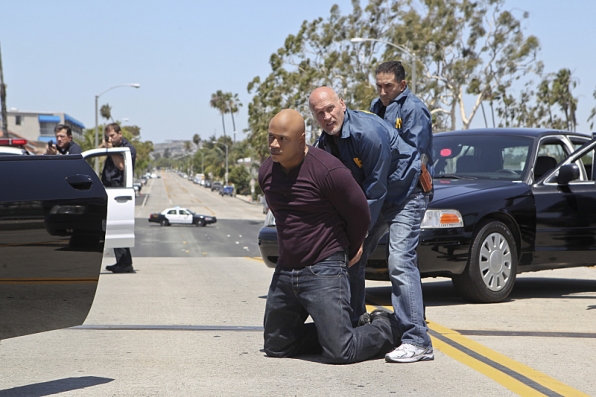 What happens when one of your own is thrown in jail on irrefutable murder charges?

Well, if we’re talking the world of NCIS Los Angeles, you make a personal episode even more personal by putting one of your lead actors – in this case, star Chris O’Donnell – behind the camera to direct as well as act in the episode.

Tonight will not mark Chris O’Donnell’s first time behind the camera.

But NCIS Los Angeles Season 6 Episode 6 won’t be your typical episode, so it’s fitting that the actor will be taking the reins as director.

What will the team do with Sam in jail when every rock they turn over in their investigation shows that he may actually be guilty?

O’Donnell jumped on the phone with TV Fanatic last week to talk about this particular episode and whether he keeps his directing eye separate from his acting eye… or whether one impacts the other more directly.

TV Fanatic: This sounds like a good episode to direct. Did you get to choose or did it just fall in that way?

Chris O’Donnell: No, I didn’t have a say in which one I was going to direct but it’s always exciting when you get your script and it’s a good one. The subject matter itself, with Sam being arrested and accused of murder, it’s a situation where all the evidence – the DNA, the crime scene – the evidence all points to him. It becomes a very personal episode for the team trying to prove our partner’s innocence

TVF: As the director of the episode, how do you approach your part in the show as an actor?

COD: For me, it’s such a nice break. We crank out day after day after day of acting and being on the set but to be able to get in there to work on the pre-production and to work with a whole other part of our crew that we don’t see on a day to day basis and scout locations and casting, tweak the script and give notes on it, that’s exciting for me.

All that said, it’s not that much different because I like to be in the middle of things as much as possible anyway so I’m in the thick of what we’re doing and I’ve always had a good relationship with my fellow actors and feel very comfortable talk to them and try to focus in on different ways of getting the best performances.

Read the whole interview on tvfanatic.com. 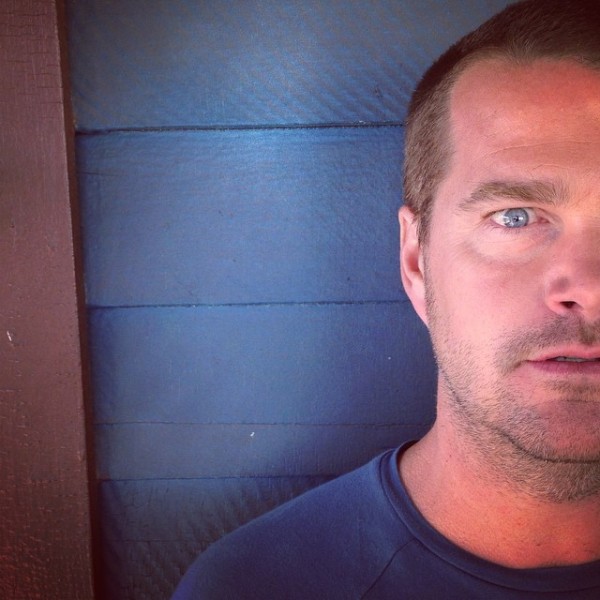 This Monday on NCIS: Los Angeles (CBS, 10/9c), the episode title – “SEAL Hunter” – could not be more apt, as Sam is arrested for the murder of a woman, the deck improbably stacked against him. Will Callen & Co. be able to salvage their colleague’s good name? Chris O’Donnell spoke with TVLine about directing this intense episode, which features one of the high-octane series’ most unique fight scenes, as well as shared his thoughts on the NCIS crossover he’d most like to see.

TVLINE | Talk about the set-up for this episode. What’s the main narrative thrust?
Sam has been taken in, accused of murder, which has left the team in disbelief. And as we investigate it, his DNA is all over the crime scene, everything is against him…. Needless to say, it makes it a very personal episode for everyone.

TVLINE | Well, it was good having LL on the show all these years. He had a nice run.
It was nice. I thought he would stay for a little longer, but we got five-and-a-quarter seasons out of him. [Laughs] But no, there is something bigger and more ominous at play, and it ends up with one of the best fight scenes we’ve done thus far on the show, and in an unusual location, which was kind of fun. Todd [aka LL Cool J] just nailed it, which was great.

Read who Callen will be paired with in this episode, the epic fight we get to see and who’s talking ‘crossover’ with our cast on tvline.com.

1. Why did Sam get arrested? What evidence points to him being the assailant? We know Sam and we know none of this can be true! Further, why was Sam working alone? Was working this case initiated by him, assigned to him, or even an instance of him imitating his partner and going “lone wolf”? Having faith Sam’s been set-up, why and by whom? Don’t forget Sam once broke himself out jail; let’s hope he doesn’t further jeopardize his own case.

Based on the press release, it may be connected to one of Sam’s former students, someone linked to his former SEAL status, perhaps? A student of what? What does this person know? Will he or she help or hurt Sam’s situation? Further, is there still a mole within NCIS? Is this why Ops went into lock-down again, or is this simply a case of wanting and needing to keep the operation limited to the team?

2. Why is Callen confined to his desk? Is this some form of punishment? Does the FBI suspect Callen could be an accomplice in Sam’s alleged crime? The look Callen and Hetty share indicate something more cryptic, a confidential secret perhaps. Or is Callen simply working to determine the root of Sam’s situation?

Of course we know a contributing factor is that Chris O’Donnell directed this episode and thus, is expected to have less on-screen time. Or maybe not – based on the brilliance he demonstrated in expertly juggling responsibilities both in front and behind the camera in “Wanted” (4×17). Also returning is Sara Servi, previously known for the initial beautiful PTSD converage of Deeks in “Impact” (5×2) and veteran sophisticated writer, Frank Military.

3. Kensi has no friends – & Deeks knows (or presumes) this based on…? We get the picture that they are spending time outside of work. Densi fans are (impatiently, as always) waiting to learn the details of their personal time and what it means for the beloved ‘ship. And with these two “characters”, they are likely trying to figure it out just as much as the fans!

When one of their own is being “hunted”, to what extent will the team go to protect him Next… on NCISLA? 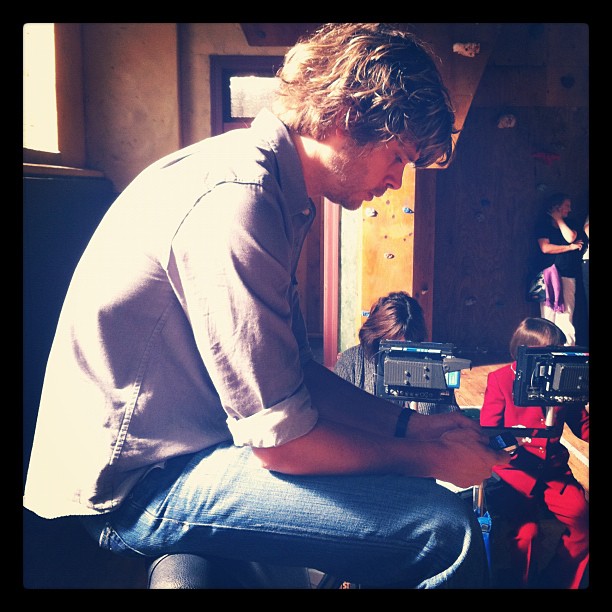 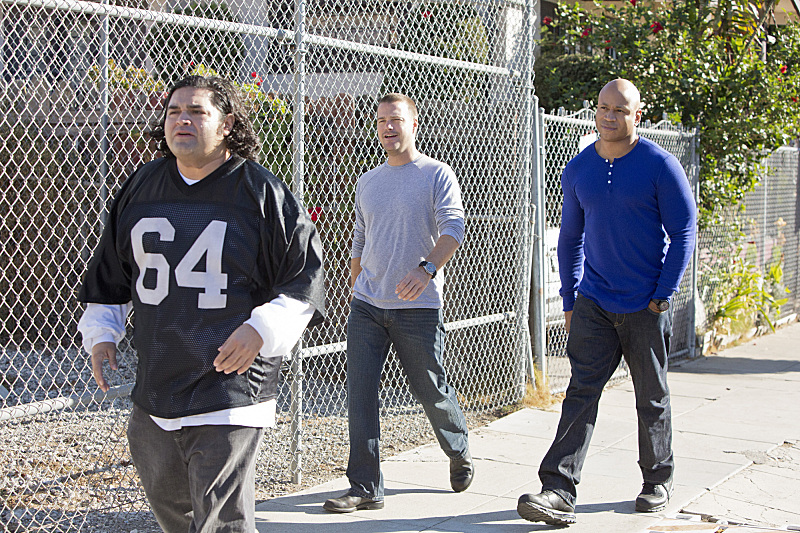 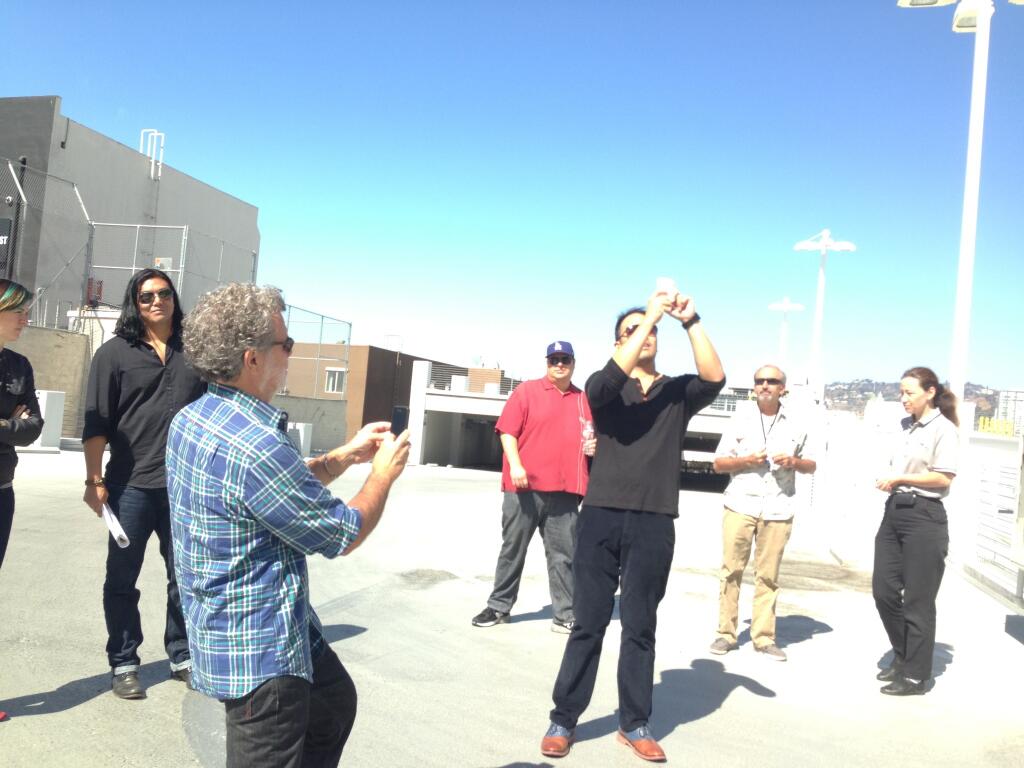 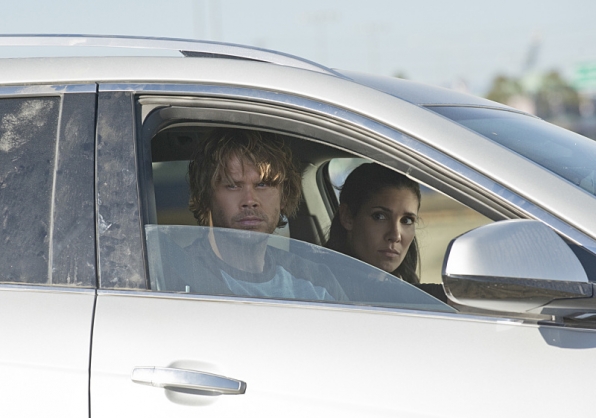