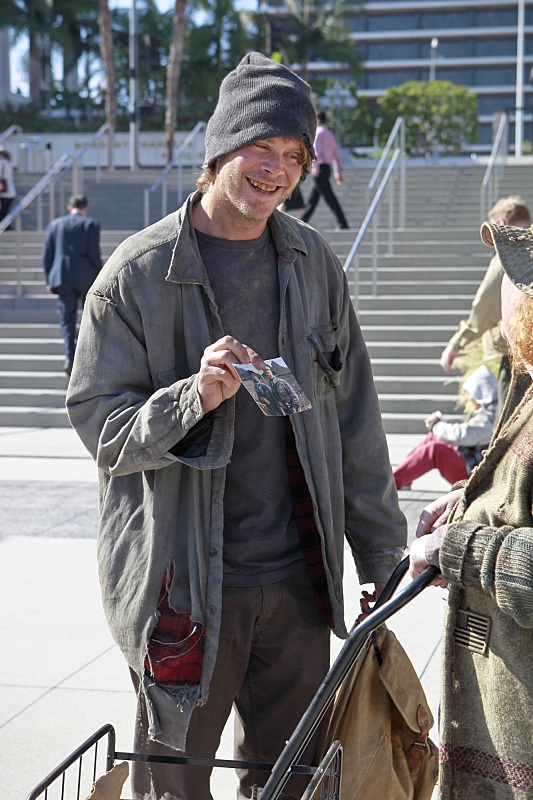 Official CBS press release – “The Grey Man” – Kensi and Deeks go undercover to investigate the murder of a homeless man who was a former marine and CIA agent and discover his connection to the Mexican cartel, on NCIS: LOS ANGELES, Monday, Nov. 17 (9:59-11:00 PM, ET/PT) on the CBS Television Network.

With this team, is anything ever “black & white”? Always cryptic, this question could regularly be answered with yes or no. Or “I’m not sure. At least not yet.” With at least four extensive promos, viewers have possibly gained more advanced insights than ever before. They say “The Gray Man” can seamlessly blend into any situation. How similar might this person be to our favorite “chameleon” Janvier?

It appears Callen & “Danger Granger” are bonding, as they yet again team up in the investigation. On that note, where did Granger develop his threatening persona of tossing away his weapon and going hand-to-hand? Perhaps from Sam’s similar ploy last week or vice versa? Granger again appears to bring Kensi into question reminiscent of fan-fave “Blye, K”. What kind of “mistakes” could they be referring to?

The essence of Sam Hanna is illustrated in a more personal way as we and the team observe the “family man” side of their SEAL. Demonstrating his intellect, love, and protection is a prime trilogy for Papa Hanna. This is an initial introduction of his interactions with his young daughter  (which keen fans can attest is a precursor to the upcoming revelation about his son!) Will Princess Hanna be framed as a “daddy’s girl” or will his over-protective efforts backfire resulting in a rebellious teen? Only time will tell.

More personal progression is on tap regarding Densi. The past meets the present as Kensi is reminded – & remarkably talks about – her time “on the streets”. How much might she disclose? Kensi’s clearly grown in not only trust in her partner – after all, she “trusts him with everything” –  but also allowing herself to be somewhat openly vulnerable. It’s a daunting task for the kick-ass agent, but one in which she pairs in challenging her partner. While Kensi might be fearful of judgement from the detective, she’s confident in her ability to read Deeks. His response to her history will surely be taken quite personally by Kensi and something Deeks will be unable to hide, deflect, or feign with her. It will be interesting to see the agent finally voluntarily and purposely open up as well as take the lead on the more personal side of their partnership.

Not to be ignored, Deeks’ nicknaming extends to his undercover wardrobe? With this, do we dare ask what’s Next… on NCISLA?

CBS this Monday…
KENSI: I only want you to see the best part of me.
DEEKS: Best part? Is that your ankles? Cos you got pretty sexy ankles.
Let the spy games begin !
A secret agent is exposed…
HETTY: The elusive Grey Man.
DEEKS: What’s the Grey Man ?
CALLEN: Someone who has the skills to blend into any environment.
… and an agent secrets …
GRANGER: He has worked dozens of classified ops.
CALLEN: Question is – for who?
… will be revealed.
KENSI: Made a lot of mistakes.
A ‘can’t miss’ new episode of NCIS Los Angeles !!

DEEKS: Hi! Sir? With the bubblewrap… Sir? I see you are very busy. I was just wondering if you’ve seen my buddy. [shows the pic] That’s him on the left. We served together in Afghanistan and he said he’s going to be living down here. No? OK. … Kenselina, I’m striking out here. Nobody remembers [??] or they are too disturbed or too high to remember anything.
KENSI: He left his wallet on the table and I was trying the address but he doesn’t live there anymore. Do you know him? No? OK. Thank you.
DEEKS: Having any luck down there, Kens?
KENSI: That would be a negative. And I’m on my third cup of coffee and not sure how much my bladder can take it anymore.
DEEKS: I could kill for a cup of coffee right now. You wanna switch me?
KENSI: And put on that jacket? No, thank you. I wouldn’t let Artie touch me.
DEEKS: Well, I have you know that you are not really Artie’s type anyway.
[Kensi glances at homeless woman and gets serious.]
KENSI: I used to be.
DEEKS: What? What do you mean?
KENSI: You know I lived on the street down here after my dad died?
DEEKS: Ehm… No. I… I didn’t know that.
KENSI: You’re lying to me. I know Hetty told you.
DEEKS: Hetty? Nah, come on. Hetty didn’t tell me anything. Actually she specifically said that she didn’t tell me anything.
KENSI: You can fool everyone else, Deeks. You can’t fool me! 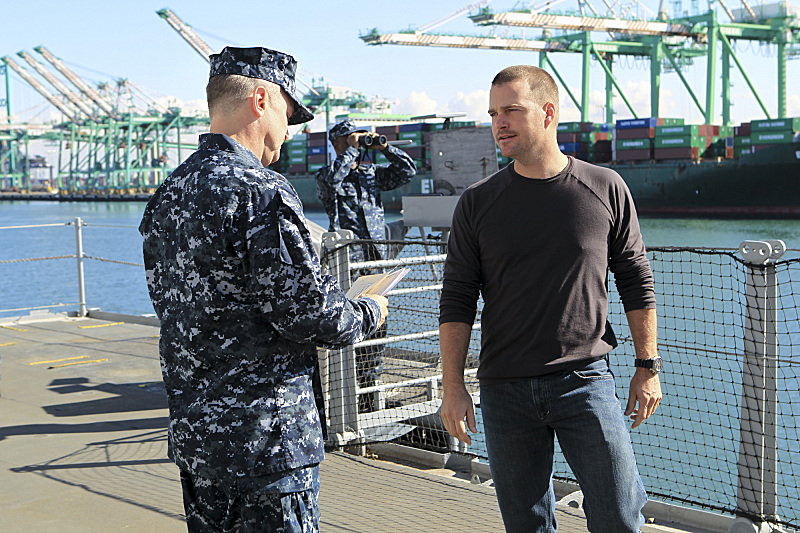 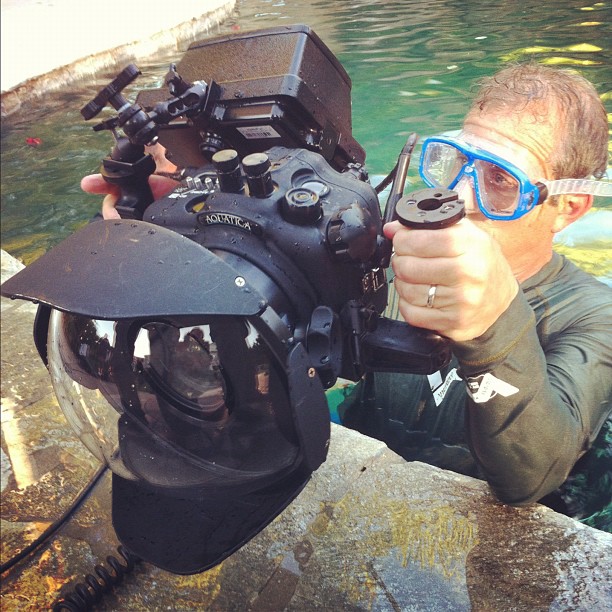 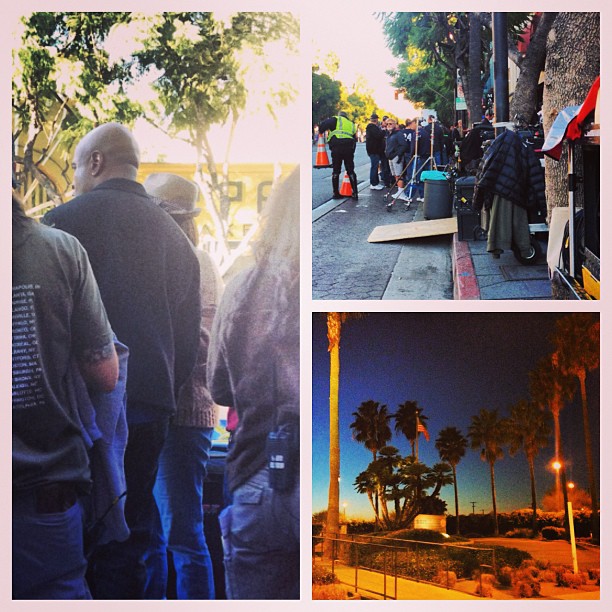 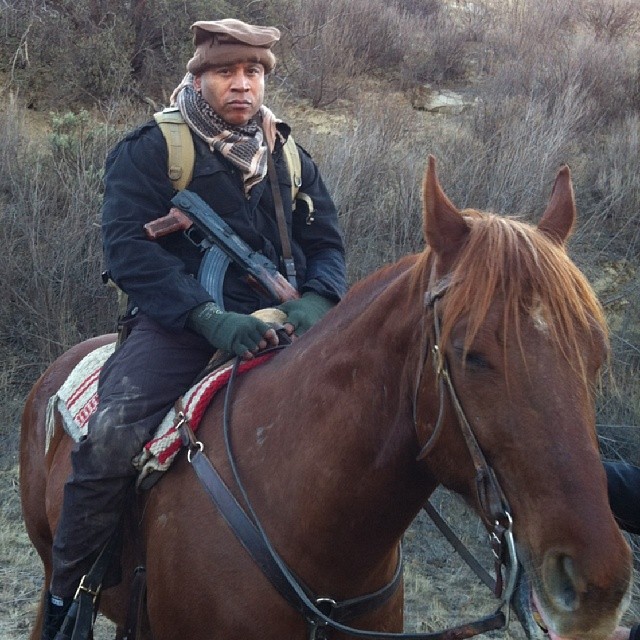 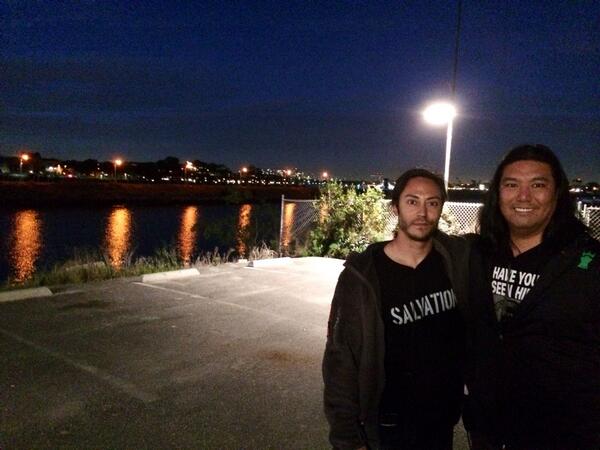 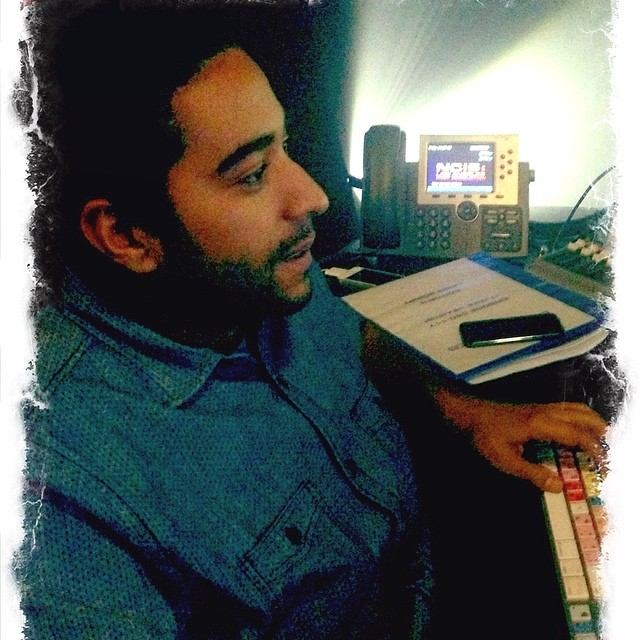 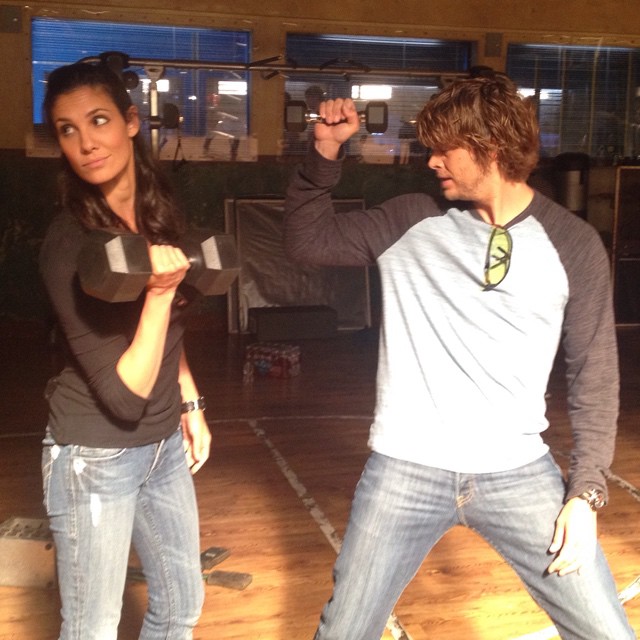 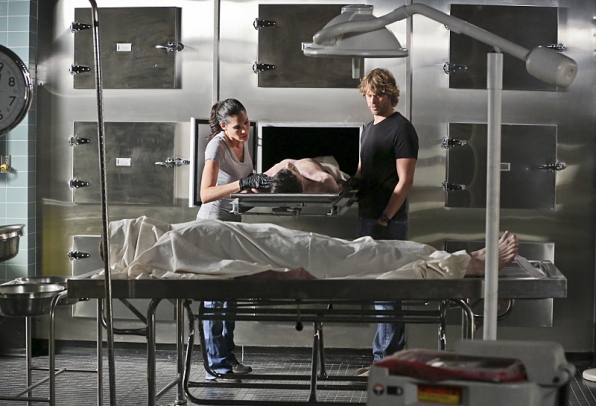