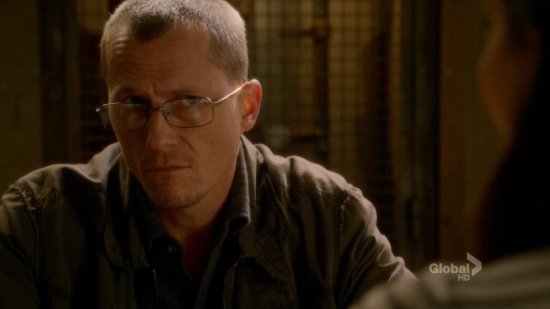 In January, Corin Nemec found himself in the biggest real-life drama and perhaps the scariest unscripted role he could have ever played in his lifetime. “I thought I was going to die,” Nemec told NCISLA Magazine when the coast guard vessel he was on ran into a partially submerged barge, seriously injuring Nemec and some of his co-stars on the way to shooting a SyFy movie in Belize. Nemec was rushed to a hospital where he underwent an emergency procedure to save his shattered leg and received several blood transfusions to restore the huge amount of blood he lost during the accident.  “It was a life altering moment and it absolutely changed my perception of life.”

NCISLA Magazine was able to sit down with a Corin during this recovery time and talk about his career, his guest star role as Anwar in the NCISLA episode The Chosen One and his future projects.

You came from a very creative family. Did they inspire and encourage you to also get into the business or was this a vocation that you decided to pursue on your own?

I was totally self-motivated with respect to wanting to become an actor at a very young age.  I was 11 years old when I realized that’s what I wanted to do and I was 12 years old when I started working in a children’s theater company in Los Angeles called Center Stage LA which had a creative director named Kevin McDermott who was an exceptional teacher.  His classes had so much talent and it was amazing how many young actors went through his workshops.  He would have showcases for agents and managers every six months or so and after studying there for a couple of months I had a showcase and agents and managers showed up and I signed up with my first agency and then started auditioning.   So it wasn’t some bizarre Hollywood success story where I was spotted on the streets.  But I definitely was inspired by being around a creative environment that was fostered by both my mom and dad separately because they were divorced at when I was a very young age.

You have been a regular on various TV series and have done a lot of guest star roles. Which do you prefer doing at this stage in your career?

To be honest, I have kids and there is nothing better than stability and the ideal scene for myself as an actor and an artist is to be a regular on an on-going show for preferably an extended period of time.  It’s a much more stable kind of life style.  It’s always a roller coaster ride in the film and television industry never knowing quite when that next role is going to come from and you know that can become somewhat tiring and stressful at times but for myself personally I love what I do more than I dislike the stress.  It’s kind of a win-win situation for me as long as everything comes through and I’m not afraid to continuing auditioning if it’s pre-reads or whatever.  I don’t have an ego about that and even the auditioning process is good practice in the rehearsal process as an actor.  I don’t have any issues there and that has helped me continue working instead of having an ego and expecting that they will offer me roles.  And that does happen, I do get offered a role at times without auditioning but that’s not something that I rely on.

You are a multi-talented performer…actor, producer, writer, and director. If you had to choose only one hat to wear, which would that be?

I enjoy acting probably the most at this point but I have had the opportunity to do some directing and I really do enjoy that process, I just haven’t been really afforded that opportunity to director something like a feature film or something of that complexity because I would really like to challenge myself in that respect.  I enjoy that creative process,  figuring out what my shot is going to be, what my transitions are going to be like and how I’m going to approach the story and tell it through the camera…all those artistic challenges are certainly exciting to me. 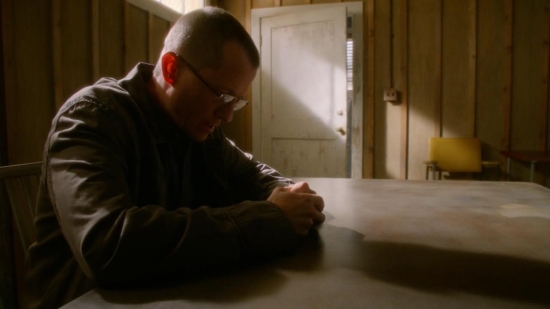 You were really convincing as a Chechen terrorist and we enjoyed your performance as Anwar.  His discussion with Kensi regarding human rights was chilling.   How do you prepare for a scene like that?

For me, I have to ask what does the script dictate first and foremost and what does the dialogue dictate?  It was very well written so within the context of the dialogue it was very easy to figure out what this character’s spine was and where he was coming from.  I do innately kind of understand,  as an actor anyway, that kind of radical self believe that it would take for an individual to reach that type of level of willingness to go to any means to achieve the goal they have set for themselves.  I really felt that the character in his own mind was very justified in his position and also when you look at world politics it is easy to see from the other side of the tracks because I do a lot of traveling around the world and when you live inside the bubble of America it’s very difficult to see how other people perceive us if you have never traveled outside of the United States.

Fortunately for me I have spent a great deal of time outside of the United States and there is a very different point of view about our politics and specially our international politics and our militarism around the world…so it was easy for me to grasp on to that type of idealism from that point of view.  Interesting enough I have worked over in Bulgaria about five times and I had just literally gotten back from Bulgaria just several weeks before the audition…having worked on another project over there and there are some pretty close similarities in a Bulgaria accent and the Balkan accent because regionally it’s very close.  Although I have never done any formal training in doing those types of accents I kind of had that sound in my head at the time of the audition and they put me in touch with an incredible dialogue coach who worked with all of the other actors and myself.  He really helped me to soften it and chip away the more kind of Russian sounding words that I was using and it was a lot of fun and I really enjoyed embracing that character with the accent, and figuring out his point of view.  It was really wonderful couple of scenes to get to do.

Can you tell about your experience working on set and with this group of actors? How different was it working with the NCIS crew as opposed to the NCISLA team? Any special stories you can share with us?

For the most part the shows that I have had the opportunity to guest star on, NCIS, NCISLA and CSI Miami, CSI New York… the majority of these shows who have been on the air for a significant amount of times have pretty much worked out all of the kinks.  Generally speaking they are all a very well done, oiled machine and my job is to know my lines, know my character and be open and willing to take direction from whoever is directing or from any producers who happen to be on set and take those suggestions and incorporate them successfully into the scene work.  That’s really what my job is and walking into those environments where things are pretty much running seamlessly, well it makes it a very easy task for me to perform my duties because there isn’t that kind of arbitrary chaos that can occur, especially on the smaller films I do or features, where there is still a lot of rust in the system and there can be a lot more stress on set due to time constraints and issues of that nature.  So it was a great pleasure to work on that show and it had a similar feel in terms of working on NCIS in the way the set operated…and the courtesy and niceness of the actors that were working on both of those shows.  I found that the actors were very kind and courteous and that is always very appreciative when you come in as a guest star. 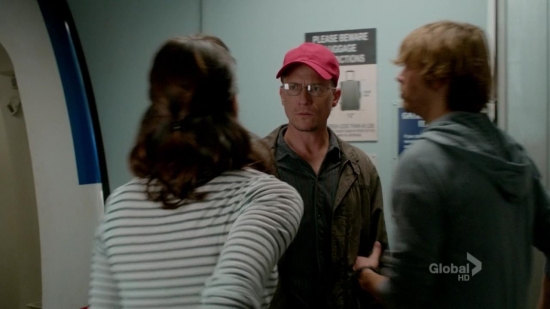 You have contributed to the Sci-Fi genre with your involvement on Stargate SG-1, among other titles and now you are entering into the world of Star Trek for a new TV movie next year.  Will this turn into a series?

I don’t know where Star Trek Renegades is at this point in terms of getting it’s green light or securing all of its financing but my role at this point is attachment along with the rest of the cast that has been put together for it but I have not received a time frame for when it is going into production.  My hope is that time frame is not too soon because if it is then they would have to recast because of my physical condition.  I won’t be on my feet again for some months to come.   There are a number of things I have had to back out of and cancel a number of appearances in the convention world and I have had to turn down several projects to date and it has definitely affected the speed at which this year had started out which was really good…so my accident has definitely brought things to a grinding halt.  It might be closer to the middle of the year before I can start working again, but I plan on doing everything in my power to try to shorten the length of time for the rehabilitative process and get on my feet again.

Corin says he’s lucky to be alive and is looking forward to getting out of rehab and back on track with his career. “I’m in a physical rehabilitation hospital learning how to use the leg again.  But my spirits are pretty high.”  We wish Corin the best of luck as he goes through the rehab process and hope to see him back at work real soon!   If you want to send some get well wishes to Corin, please do so below in the comment section and we’ll make sure he gets them. You can follow Corin on Twitter at @imcorinnemec and on his website at www.corinnemec.com. 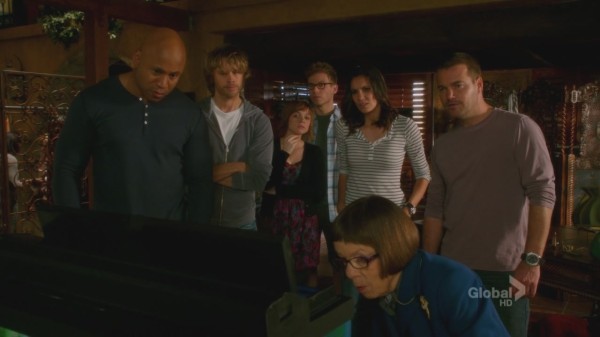 Hetty: You guys can swim, but you can’t hide. 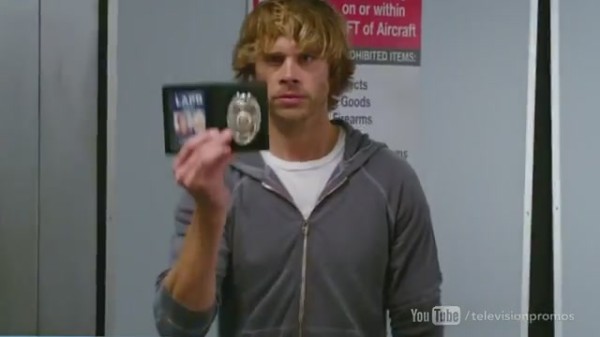 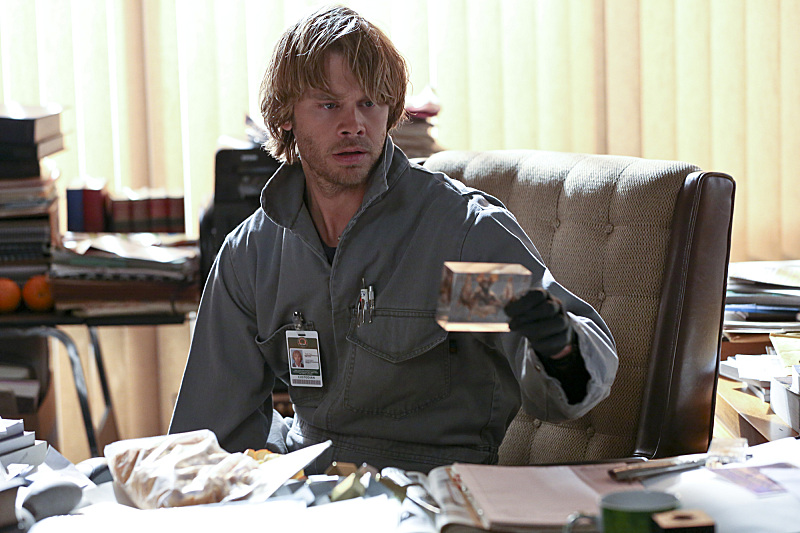 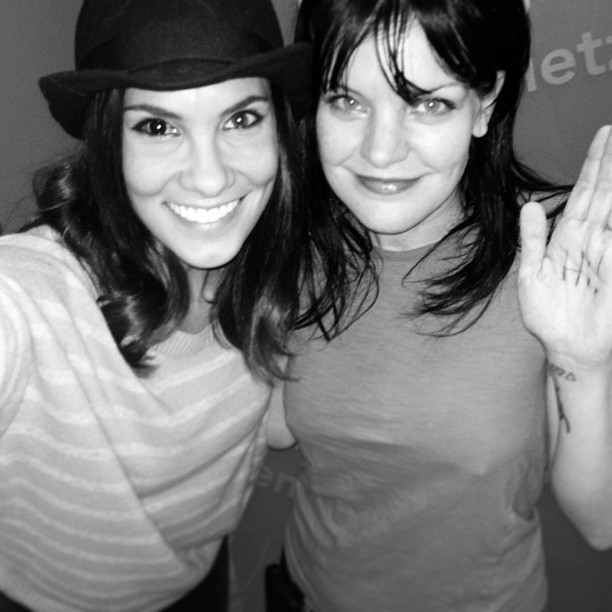 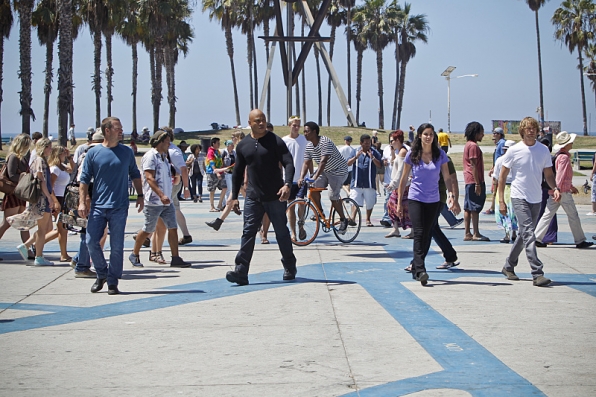 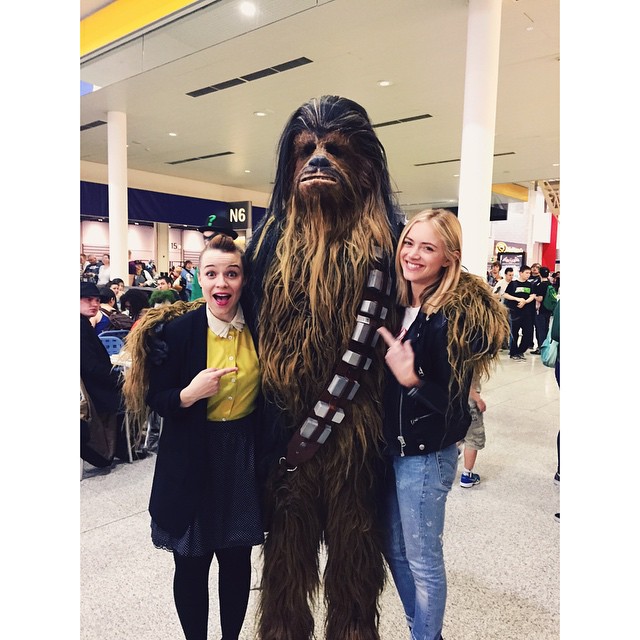